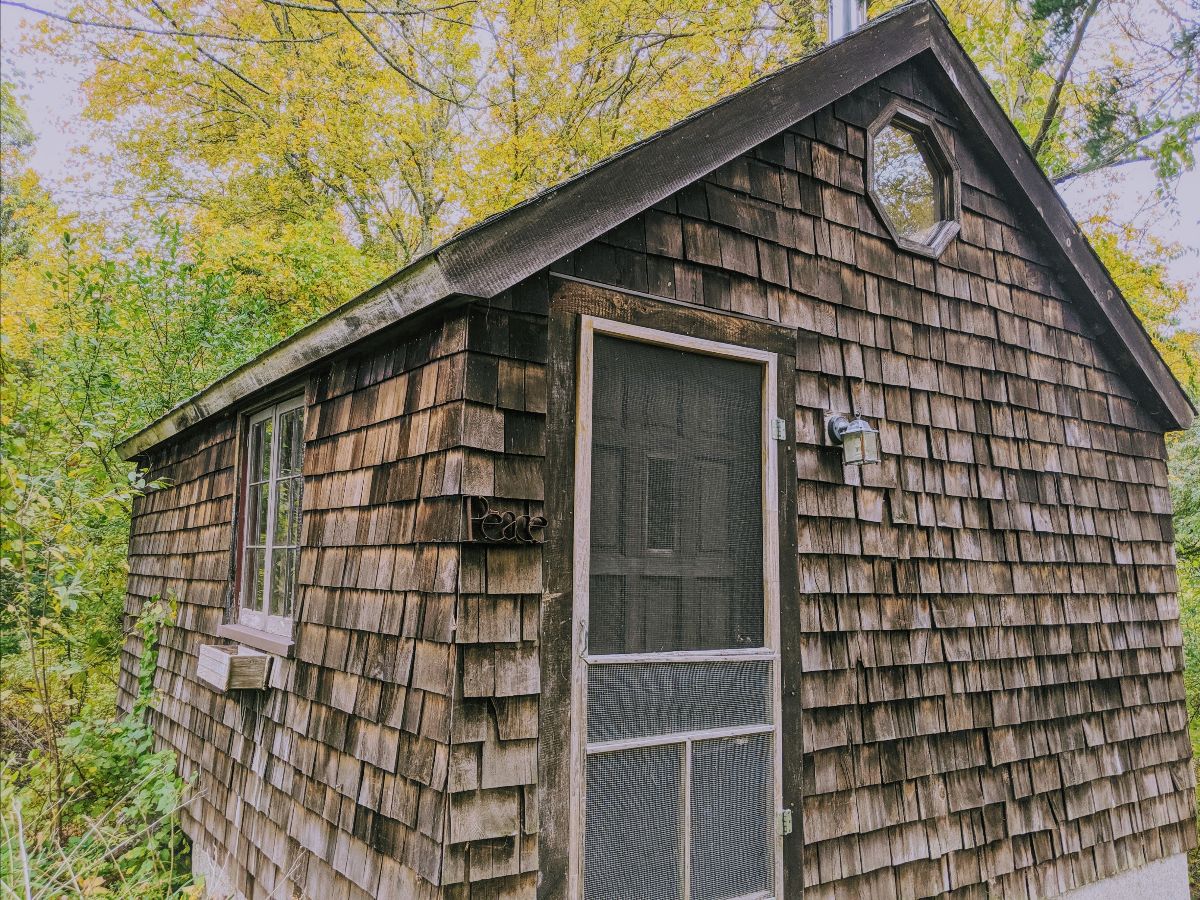 This one-room cabin is situated on the edge of the woods near the Farmhouse, shares the Farmhouse bathroom, and features a table, a small fridge, two double beds, and a sleeping loft with two single beds. It is heated with a small wood stove.

Built as a Finnish sauna during the migration wave into eastern Connecticut from New York sometime between 1920 and 1960, the building has an opening in the rock foundation for access under the sauna, and it originally included a hole in the floor where the woodstove and heating stones would have been. There is a small stream next to the building which has filled in with silt over the years, but it had formerly provided water for the sauna. Saunas were often one of the first buildings to be built by a Finnish family or small community when moving to a new place, and this one likely served either the Hebert family (the last owners of the property) or the family that owned the property before them. Since the sauna was so integral to traditional Finnish hygiene and culture, they were typically built to be rather comfortable and spacious, and it was not uncommon for them to include windows to let in natural light.

After the establishment of the Voluntown Peace Trust, the sauna was repurposed as a temporary living facility and served that function for years. In the late 1990s, the building was repurposed again, this time by Chuck Matthei, the Executive Director of Equity Trust, Inc. when the organization was based at VPT. It was remodeled to be a year-round, Walden-esque cabin for Chuck while he continued his work of supporting community land trusts and other alternative economic systems.

The interior is relatively unchanged from when Chuck lived there, and guests can appreciate the rich history of this little cabin: from the original wood panel walls from its days as a family sauna, to the little quirks and rustic hominess that Chuck added in his time.

Inside the cabin is a small refrigerator, microwave, toaster oven, coffeemaker, and dishes/glasses/eating utensils.

A daily fee of $5 is charged for wood during the heating season for those not renting other buildings. 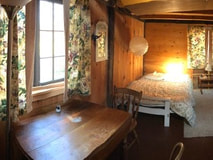 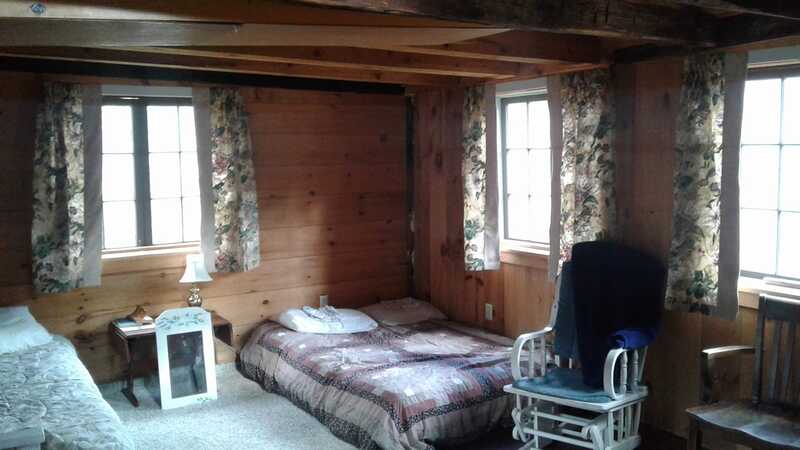