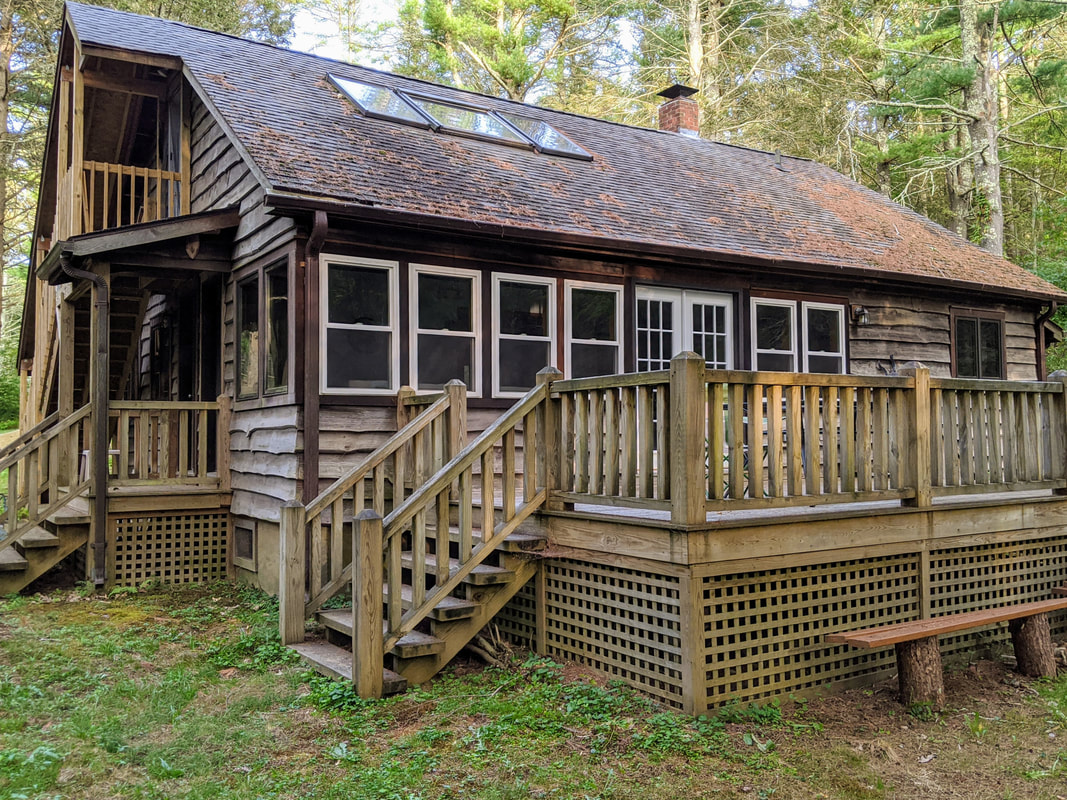 Tucked away in the woods off of Forge Hill Road at the back of the 54-acre VPT property, Ahimsa Lodge is an exceptionally cozy cabin with a complete kitchen, woodstove, beds for up to 14 people, common rooms, and a dining room with excellent natural lighting that opens to a large back deck overlooking the babbling Bliven Brook nearby. Two bridges crossing Bliven Brook and a short trail through the woods connect Camp Ahimsa to the main property. Ahimsa Lodge can also be accessed by car off Forge Hill Road. The site has hosted youth and adult campers and visitors for decades, and we proudly continue the tradition.

According to several sources, the site was originally a Finnish resort camp -- complete with a traditional sauna, recreation hall, cabins, and a main lodge. About 300,00 immigrants of Finnish descent came to the United States in the early 1900s, but from 1913 through to the 1920s, many Finns living in Brooklyn, NY began to move into eastern Connecticut to buy farms. According to members of the Finnish American Heritage Society, so many Finns moved to the area that by 1950, about a quarter of Voluntown’s population could claim Finnish ancestry. Many of these folks maintained Finnish social clubs to celebrate traditional holidays and practice recreation. But by the 1960s, the younger generation had somewhat lost interest in these Finnish heritage organizations, and like so many other sites like it, the camp that bordered the Peace Farm to the north became available for sale.

In October of 1965, when the Voluntown Peace Trust bought the lodge and the 5-acre property it sat upon, the site and lodge was renamed Ahimsa (from Sanskrit meaning “practice of love” or “reverence for life”), the concept that suffused Mahatma Gandhi’s practice and philosophy of nonviolence. VPT began using the lodge to host large weekend meetings soon after the land purchase, with plans to develop a youth summer camp for the following year. Although similar to other summer camps, with activities like sports and other recreation available, what was unique about this camp was the central philosophy found in the name itself: Ahimsa. Everything returned to the basic concepts of love, peace, and respect for life.

Camp Ahimsa was purchased in 1993 following the acquisition of the rest of the property by Equity Trust, Inc. and the Lodge was renovated in the late 1990’s under the supervision of Chuck Matthei, former Equity Trust Executive Director and founder. Since the 1990s, Ahimsa has also been the home of an annual summer camp for urban youth put on by the Hartford Catholic Workers. Inspired by the same philosophy as the original Ahimsa summer camp, the current summer camp gives inner-city children an opportunity to immerse themselves in an environment of natural tranquility. We are proud to continue this tradition of celebrating, maintaining, and sharing the natural beauty of Voluntown. 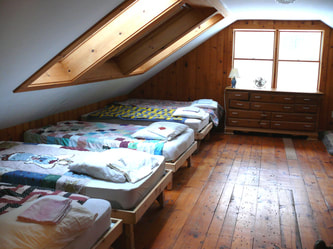 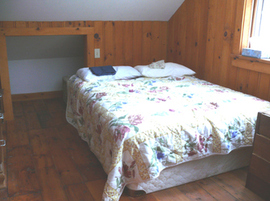 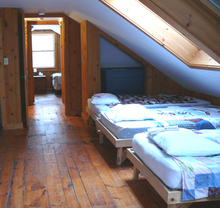 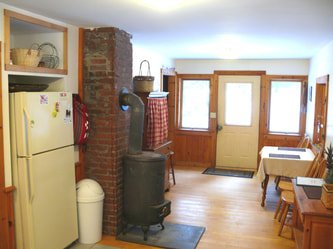 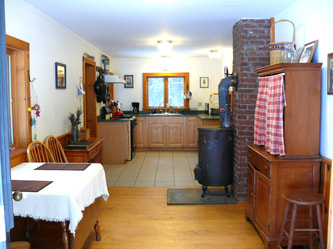 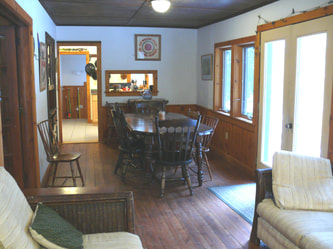 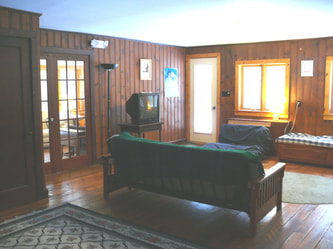 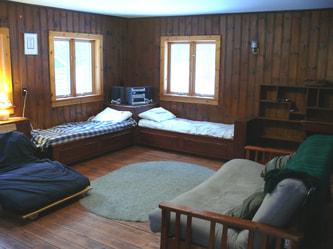 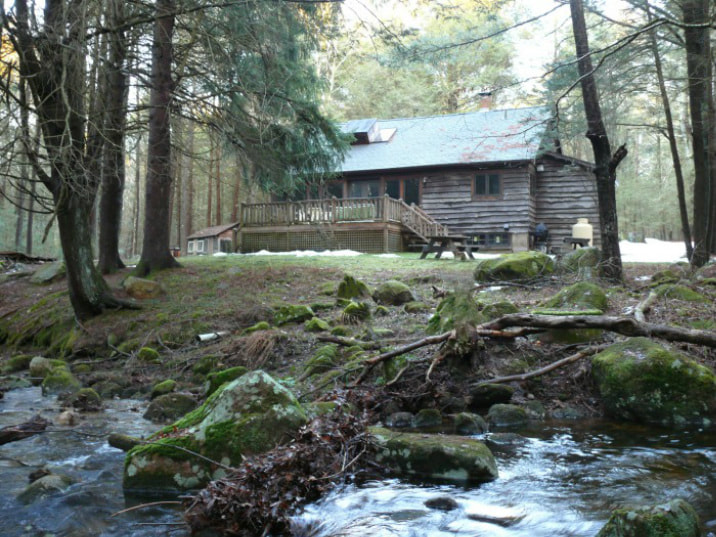 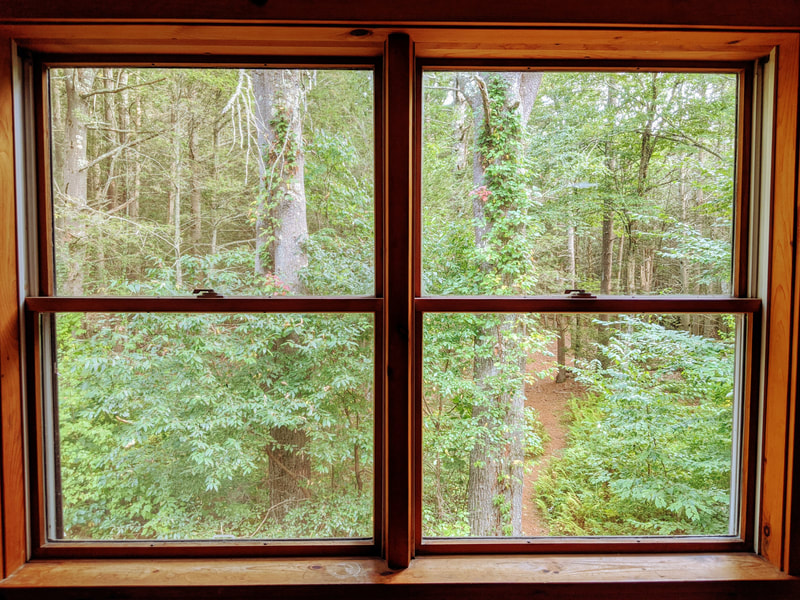 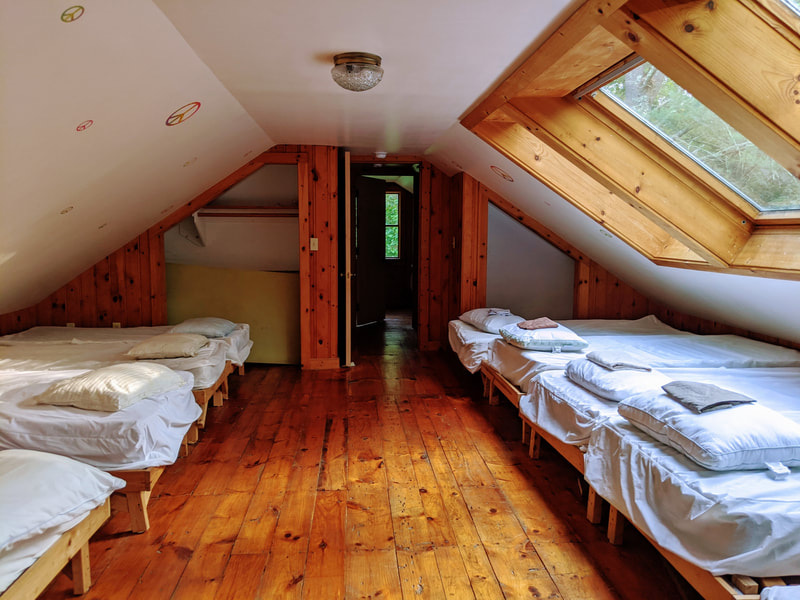 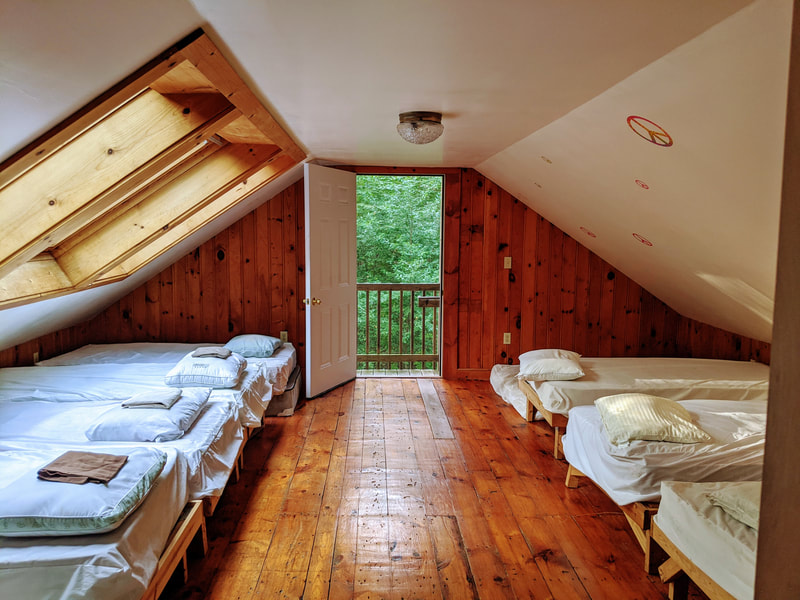 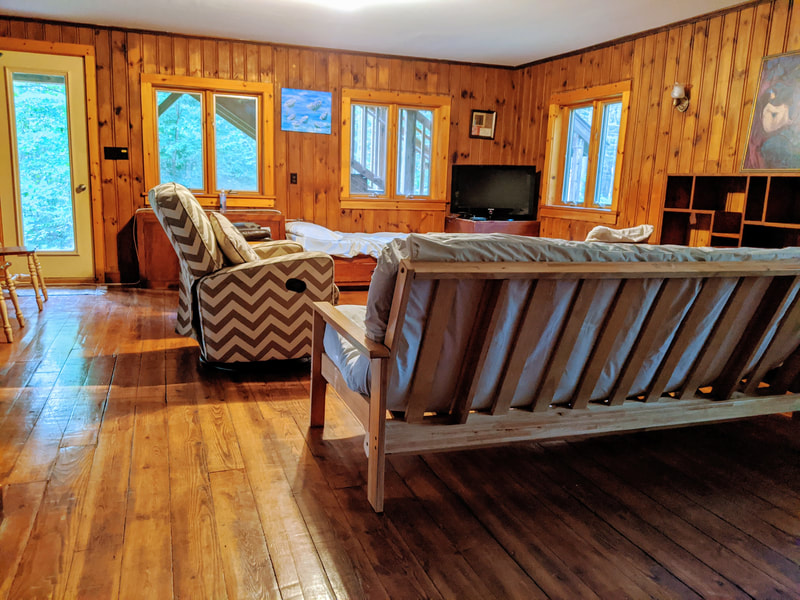 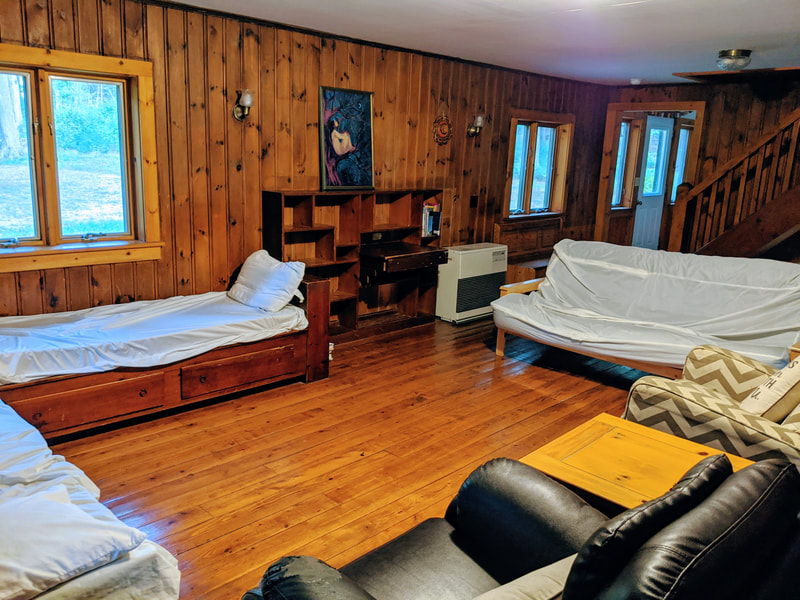 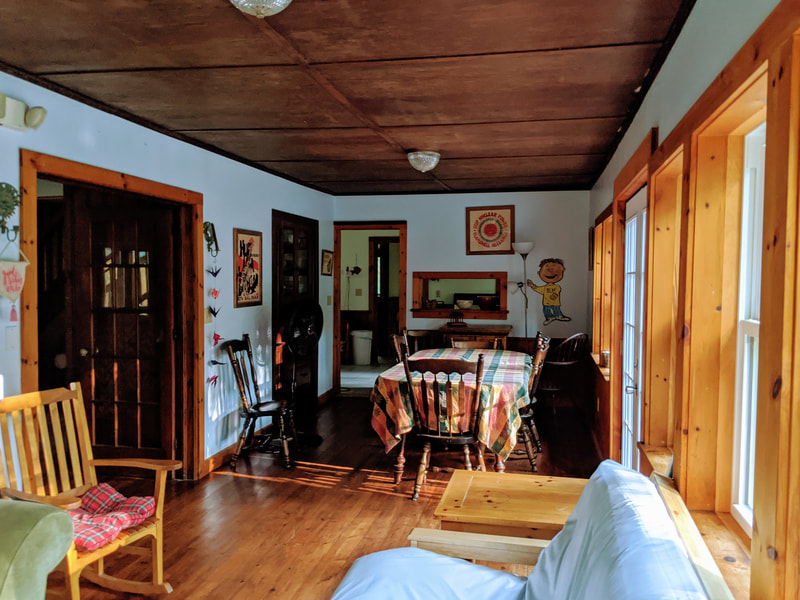 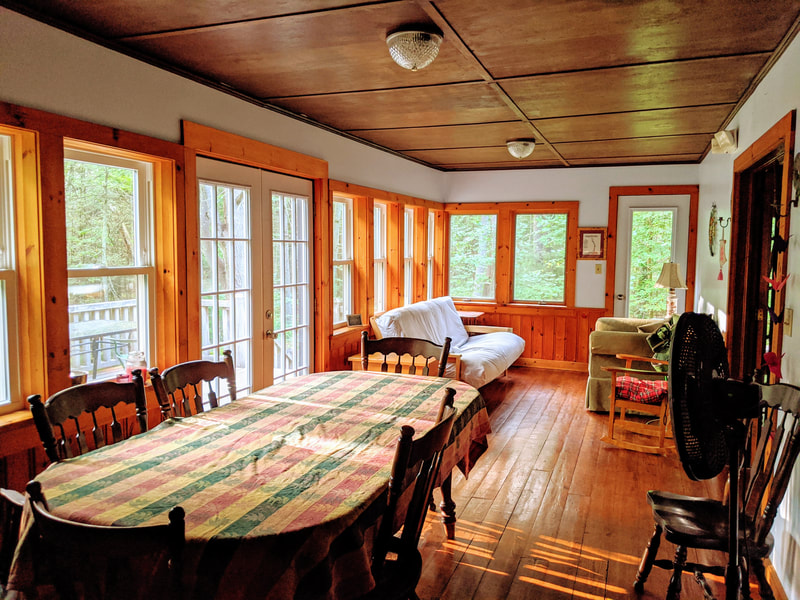 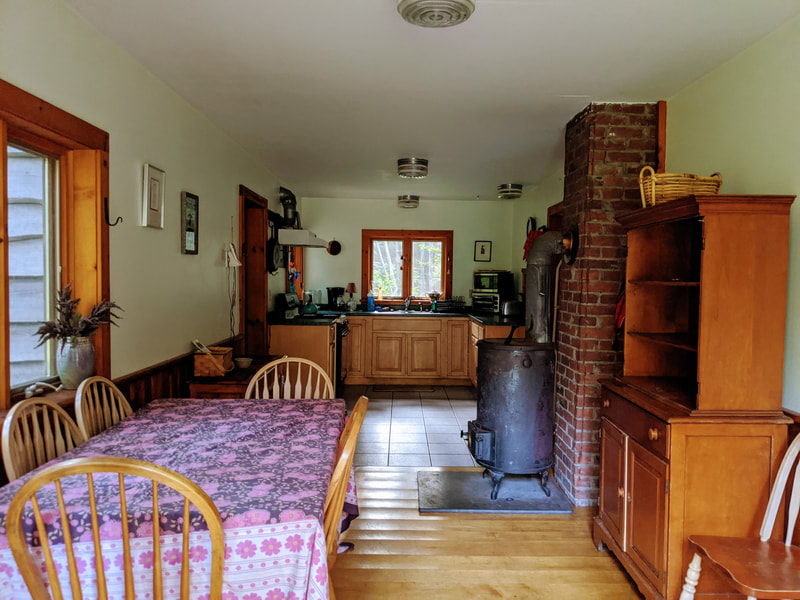